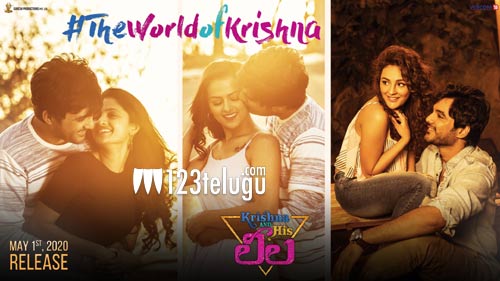 It’s well known that Rana Daggubati is producing a small budget romantic entertainer, titled Krishna And His Leela. The film is being directed by Kshanam fame Ravikanth Perepu and it stars Siddhu Jonnalagadda, Seerat Kapoor, Shraddha Srinath and Shalini Vadnikatti in key roles.

Krishna And His Leela’s teaser was released today on the occasion of Valentine’s Day. Titled The World Of Krishna, the teaser showcases several fun and hilarious romantic adventures of a young Casanova named Krishna (Siddhu). The teaser is loaded with tongue in cheek moments which will go well with young audiences. The teaser also features a fun ‘Pulihora’ song written and sung by Hemachandra and composed by Sri Charan Pakala.

Viacom18 and Sanjay Reddy are co-presenting the film, which will hit screens in summer. Stay tuned for further details.

Watch The World Of Krishna