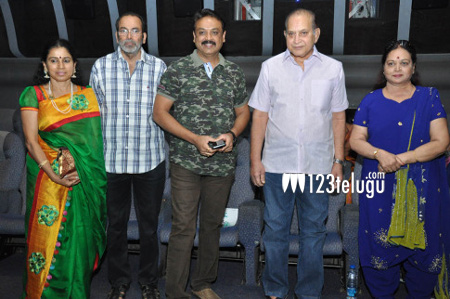 123telugu had already reported that Parampara has been awarded the Platinum award in the feature category at the International movie awards in Indonesia. Now this award winning film is opening to general audience tomorrow in a limited release. The premiere of the movie which was held yesterday and was attended by Superstar Krishna and Vijaya Nirmala.

They were visibly impressed by the movie and wished the entire unit that the movie would be a huge success. The movie was also sent to 5 other international film festivals and their verdicts are awaited.

Besides producing and directing Parampara, Madhu Mahankali has also penned story, screenplay and dialogues for the movie. Naresh and Aamani play the lead roles in the film which also features Sai Tej , Ravi Kondala Rao etc.