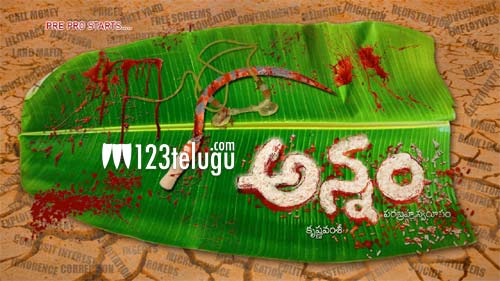 It is a known fact that noted director, Krishna Vamsi is directing a film called Rangamarthanda that has Prakash Raj in a lead role along with Ramya Krishna.

The film is nearing its completion soon and today, Krishna Vamsi has announced yet another film titled Annam. The first look is explosive and shows bloodshed split all over on a banana leaf that is used to serve food.