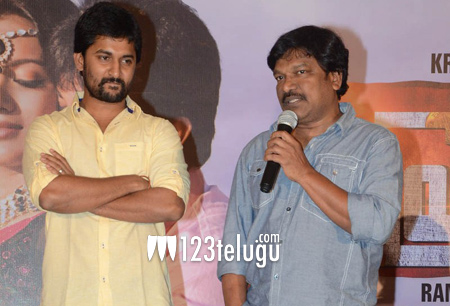 Krishna Vamsi’s Paisa, starring Nani and Catherine Tresa, is finally gearing up for release on February 7. The film’s release was delayed by several months and nearly two months after the film got censored, it’s going to see the daylight later this week. Ramesh Puppala has produced the film under Yellow Flowers banner.

The film revolves around society’s obsession with money and how it effects everyone’s life. “In the past 10 years, money has become so important in our lives that it has taken centre stage and we don’t care much about human values these days. Money has become the 11th incarnation. Both Nani and Catherine have done a fabulous job,” Krishna Vamsi said. Recalling the film’s shooting, Nani said, “I tried my best to impress Krishna Vamsi while we were shooting the film and in the end he told me that he never said anything because he wanted to see how much I would improvise upon the scene. I must have seen the film at least 20 times and it still seems fresh.”