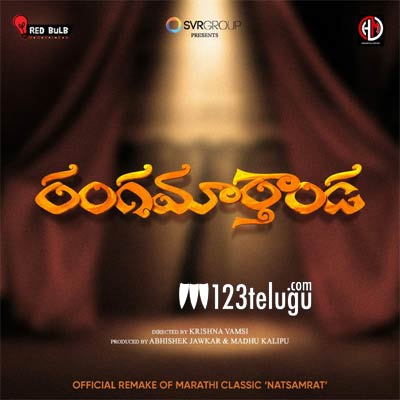 It is a known fact that Krishna Vamsi is making a film called Rangamarthanda which is the remake of a Marathi hit film. The shooting is almost done but ever since the lockdown has been lifted, the film is yet to complete its shoot.

There was gossip going on that due to some financial issues the filming has been stalled. But Krishna Vamsi has now cleared that the film will be out in December.

The gossip is also that the makers are looking at an OTT release and are waiting for some good offers to sell the film. Though there is no confirmation on this news, it has become a hot topic. Let’s see what happens.