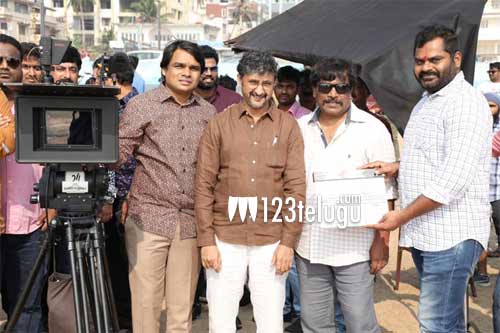 After a brief gap, creative director Krishna Vamsi had announced his next film details a few weeks ago. Titled Rangamaarthanda, the film is an official remake of Marathi drama, Natsamrat.

Now, the latest update is that the film’s formal launch ceremony happened today in Hyderabad. Director Teja graced the event and conveyed best wishes to the team. Prakash Raj and Ramya Krishna will be playing the main leads in Rangamaarthanda.

Ace comedian Brahmanandam is playing a key role in the film. Maestro Ilaiyaraaja will be scoring music for Rangamaarthanda.