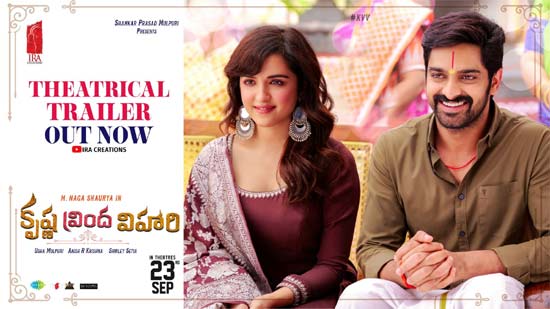 Naga Shaurya is ready with his new film Krishna Vrinda Vihari. The promotions of the film are in full swing and today, the makers have released the trailer.

The trailer showcases Naga Shaurya as Krishna who is an innocent working youth. The comedy generated through his character is quite good. Vennela Kishore, Rahul Ramakrishna, and Satya play key roles.

Radhika is seen as Shaurya’s mother in this film. The main conflict has been hidden purposely and the fun elements have been highlighted.

Krishna Vrinda Vihari has music composed by Mahati Swara Sagar and it is directed by Anish R Krishna. The film releases on the 23rd of September.