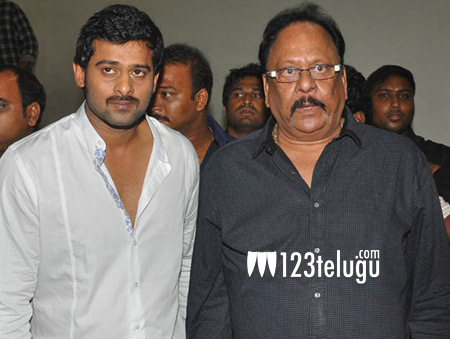 Finally, the big man himself has come out in the open and cleared several reports about his successor’s marriage reports. From the past few weeks, there have been several reports that Prabhas is all set to tie the knot with a girl from his native place.

Condemning all these reports, Krishnam Raju fired at all the news agencies who are spreading such false rumours. “Reports about Prabhas’s marriage are untrue. Whenever we find a girl and fix a date we will be the first ones to reveal it to the media” said an upset Krishnam Raju.

This is not the first time that Prabhas’s marriage has been in news. Meanwhile, Prabhas is currently bulking up for the second part of Baahubali.