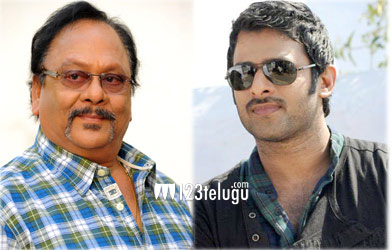 Rebel Star Krishnam Raju will team up with Young Rebel Star Prabhas for a new project. They have worked together in the past, but it will be a very different association this time. Krishnam Raju garu will be directing Prabhas. The veteran actor confirmed this news while speaking to the media in Vijayawada.

“I will direct Prabhas. This movie will be launched in August.” , he said. Mr. Krishnam Raju also made a statement about Prabhas’s wedding. “Prabhas will tie the knot next year. The wedding will take place for sure in 2014.”. He did not provide any further details about the bride.