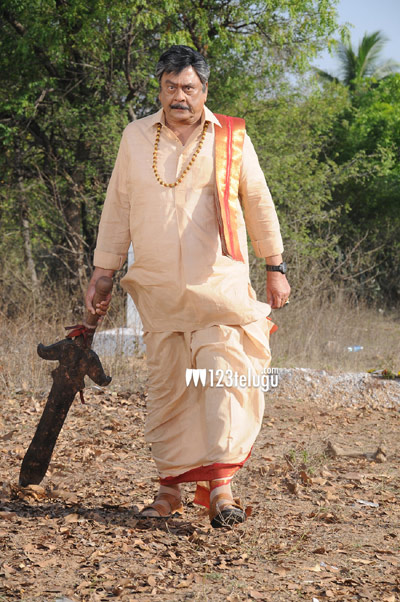 Samudra is directing this film and Sreenu Babu G is the producer. The production unit recently wrapped up the third schedule and a song will be shot from the the 17th of this month. Director Samudra says that Krishnam Raju’s characterisation in the film will be a treat for his fans.

S.R.Shankar and Chinna are composing the music and Vaasu is the cinematographer. Ashish Vidhyardhi, Vinod Kumar, Nagababu and other senior actors will be seen in important roles in ‘Chandee’.