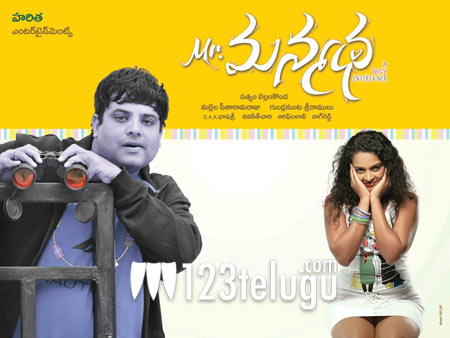 Krishnudu and Soniya are set to revive their magic combination from Vinayakudu on the silver screen once again by appearing together again in a movie titled ‘Mr. Manmadha’. This movie will be directed by Bellam Konda Satyam and produced by M. Sita Rama Raju and G. Sri Ramulu. Filming began in Hyderabad on Wednesday and the clap for the auspicious moment was given by Pokuri Subba Rao. M. L. Kumar Chowdary turned on the camera switch at this moment and Sravanthi Ravi Kishore directed the first scene.

Krishnudu was upbeat about the movie and he said “This is a story with a good amount of entertainment in it. The hero wishes that the girl of his life should be one with a respect for the Telugu culture and traditions. The heroine thinks that the guy she should marry need not have a six pack, but should have a house, car, good bank balance and good salary. The story lies in how these two individuals find the partner of their choice and the story will be told in an entertaining way”.