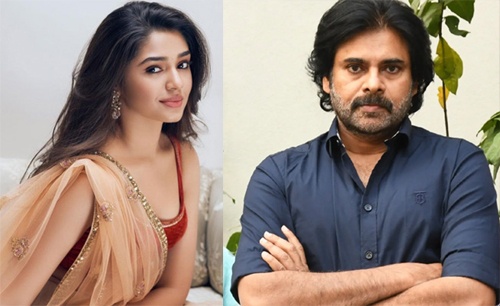 It is already a known fact that Pawan Kalyan has agreed to do the remake of the Tamil hit Vinodaya Sitham. Samutrakni will be directing this film.

Sai Tej is also playing a key role in the film and as per our sources, Krithi Shetty is in talks to play one of the leads in the film.

The word is also that Krithi will be romancing Sai Tej in this film. The film will be wrapped up in record time and Pawan has given 21 days call sheets to finish his part.