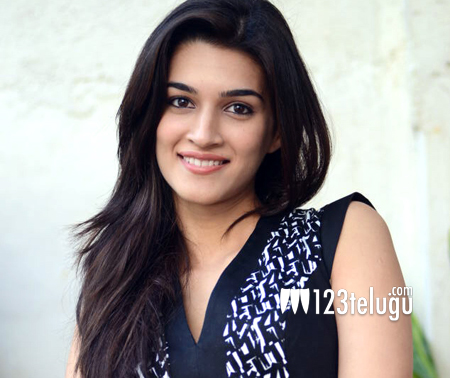 Actress Kriti Sanon is currently busy with the promotion of her bollywood debut ‘Heropanti’ opposite Tiger Shroff. The actress revealed that she was reluctant to kiss initially.

She said that when the director told her about the kissing scene, she asked him if this was necessary and could be skipped. The director insisted that the scene was necessary for the flow of the film and hence Kriti obliged. Eventually the scene went off quite well.

Kriti further added that she comes from a very conservative family and her parents are very supportive of her. She also said that if a script demands such scene, then she will do it and she does not intend to limit herself as an actress by not doing such scenes.

Kirti Sanon is most likely to star opposite Naa Chiatanya in his next.