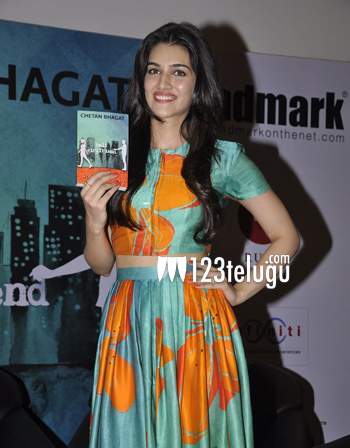 Actress Kriti Sannon made her debut in Bollywood with Heropanti. She scored brownie points with the audience owing to her performances in her debut film. Now there is a strong grapevine that Kriti has bagged the lead role in the movie adaptation of Chetan Bhagat’s latest novel Half Girlfriend.

Mohit Suri who has directed Ashiqui – 2 and Ek Vilain will be directing this film. Currently, Kriti Sannon is acting alongside Naga Chaitanya in the direction of Sudheer Varma.