Kriti Sanon overwhelmed to be part of Prabhas’ Adipurush
Published on Mar 12, 2021 7:32 am IST 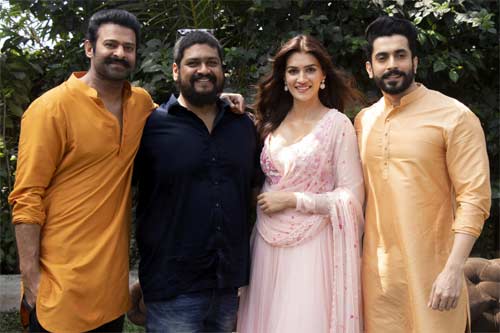 Ever since Adipurush, an epic pan-India mythological magnum opus, was announced last year, there has been a strong buzz that Bollywood beauty Kriti Sanon will be playing goddess Sita opposite Prabhas. Till date, the makers have been tight-lipped about Kriti’s inclusion in the cast.

Now, ending the months long speculations, Kriti took to Twitter this morning and shared a couple of pictures in which she was posing with Prabhas and Adipurush’s director Om Raut. “A new journey begins..One of my most special ones.. overwhelmed to be a part of Adipurush,” Kriti tweeted, as she joined the film’s shooting in Mumbai.