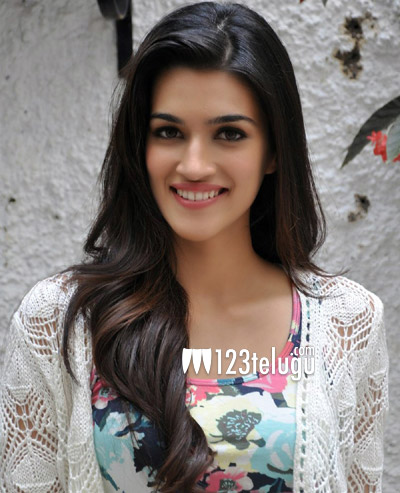 The gorgeous Delhi beauty Kriti Sanon has bagged a Bollywood biggie. The actress has been roped in by the makers of Shah Rukh Khan’s upcoming film ‘Dilwale’. The film also marks the coming together of one of Bollywood’s celebrated onscreen pairs, Shah Rukh and Kajol after their 2010 blockbuster ‘My Name Is Khan’.

Directed by Rohit Shetty, the film also stars the latest sensation Varun Dhawan opposite Kriti Sanon. ‘Dilwale’ is expected to be a romantic drama with a blend of entertainment in typical Rohit Shetty style. Ever since she entered Bollywood with the hit film ‘Heropanti’, Kriti has been offered few high profile projects.

Kriti will soon be seen in her second film in Telugu in the Naga Chaitanya starrer ‘Dochey’. The film is all set to release on 17th April.