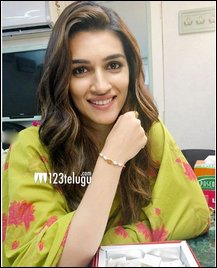 Kriti Sanon started her career with Nenokkadine which earned mixed reviews at the box office. The next film, Dochay was a big flop but Kriti got a good offer in Hindi and made her debut with Heropanthi which was a good hit.

Post that she has been growing with good strength each passing day. She has given many hits in her small career and has some top project in her kitty in the form of Karan Johar’s next.

Kriti’s latest hit, Luka Chupi has been minting solid money at the box office and has been praised a lot for her witty performance.