Kriti seeks balance between Bollywood and South
Published on Jun 28, 2014 9:29 am IST 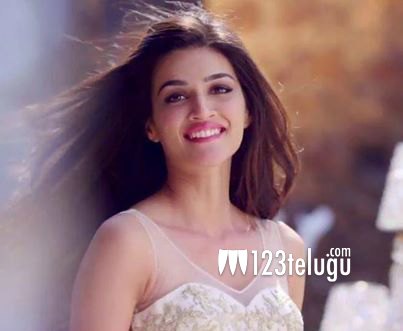 Kriti Sannon managed to impress the audience in Mahesh Babu starrer 1- Nenokkadine. She also managed to bag a biggie opposite Tiger Shroff in Heropanti.

This movie has earned her quite some fame in Bollywood. We have seen several south heroines concentrating solely on Bollywood after making their debuts there. However, Kriti seeks a balance between the South and Bollywood. “The South film industries have evolved in the past couple of years. I have done a film in the south and I am OK continuing there as well.”, says Kriti.

The actress further added that, “It is not required to be plump to be successful in the south. I was never asked to put on weight for my film.” The Delhi born actress is purchasing a house for herself in Mumbai. Lets hope she continues her dream run in her films