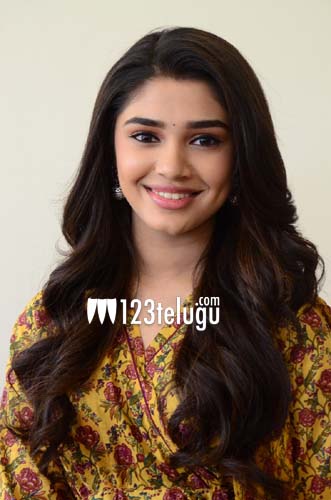 Kriti Shetty is an actress who is in full form these days thanks to the success of Uppena. She is also doing a film called Aa Ammayi Gurinchi Meeku Cheppali alongside Sudheer Babu.

The latest update is that Kriti will be seen as a Hyderabadi girl in this film and will also mouth the Telangana accent. Monahakrishna Indraganti is directing this film which is a love story.

The film has a unique story and once again, Kriti will have a solid role. Kriti also has a film with Nani which is on floors as of now.