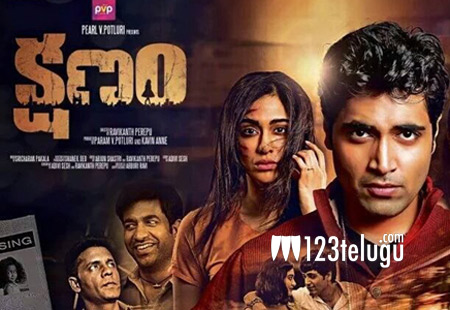 Huge appreciation continues for the recently released suspense drama Kshanam. The film is being lauded all over the industry and also the common audience. Meanwhile, latest update reveals that the satellite rights of the film have been sold for 2.7 crores.

The above said amount is quite huge considering the genre and budget of the film. Made on a shoe string budget, this film is already in the profit zone and is still going strong in its second week.

Directed by Ravikanth Perepu, this film has Anasuya, Adah Sharma and Adivi Sesh as the main leads. PVP Cinema is the proud production house behind this film.