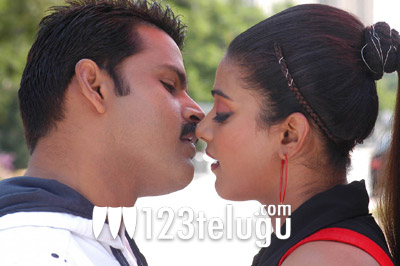 The audio of Jagapathi Babu, Priyamani and Shaam starrer Kshetram was launched yesterday evening at a star hotel in Hyderabad. Bellamkonda Suresh and Taraka Ratna graced the event. Venugopal has directed the film and Govinda Raju has produced the film on Balaji Movies banner. Koti has composed the music.

Speaking at the event, Priyamani said, “I was shocked when I saw the trailer. I heard the film’s script for two hours and immediately agreed to do the lead role. I have acted in four films along with Jagapathi Babu and I am sure that this film will be better than our previous films.” Priyamani is playing a dual role in the film. The film is expected to hit the screens later this year.