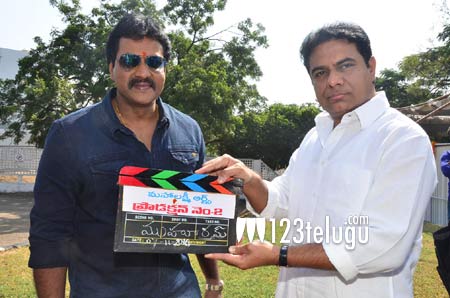 It is a known fact that hero Sunil will be doing a film in the direction of N Shankar. The latest update reveals that the said project was launched earlier today by none other than TRS chief whip KTR.

The unit sources reveal that at least half of the film will be shot in the US. This film is the remake of the Malayalam hit 2 Countries and will have music by Gopi Sunder.