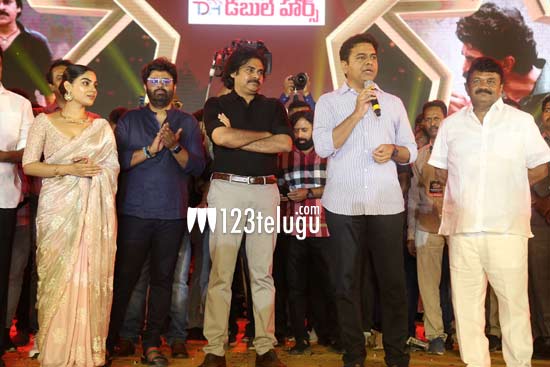 Telangana IT minister KTR attended the grand pre-release event of Bheemla Nayak which was held the other day and he heaped praises on Pawan Kalyan.

“There are many superstars in the film industry but Pawan Kalyan is the only hero with a cult following. He is a man with a pure heart and I wish him the very best,” KTR said.

KTR and Pawan Kalyan shared great camaraderie through the course of the event and the bonding between the two of them left their fans and followers greatly excited.