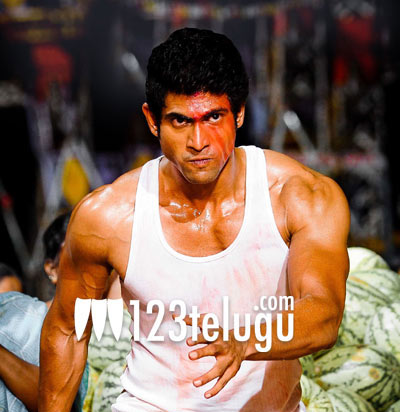 The trailer of Tollywood hunk Daggubati Rana’s ‘Krishnam Vande Jagadgurum’ has evoked a superb response from movie lovers. The teaser looks quite promising and the curiosity surrounding the project has now increased considerably. This movie is being directed by critically acclaimed director Krish Jagarlamudi. Nayanatara is the heroine.

With a mining mafia as backdrop and some powerful action sequences, the story is expected to strike a chord in the present socio-economic scenario of the country. The movie is being produced by J. Sai Babu and Y.Rajeev Reddy. Mani Sharma has composed the music and the audio album has been released yesterday.

What do you think of KVJ’s trailer folks? Do you like it?