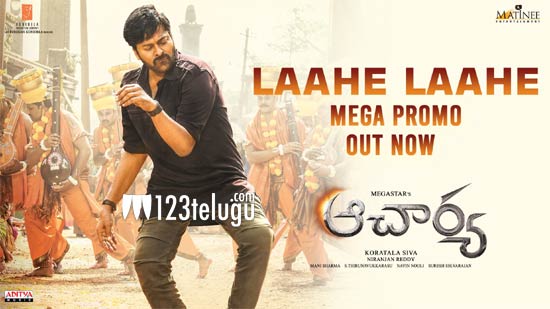 It is a known fact that megastar Chiranjeevi is doing a film called Acharya in the direction of Koratala Siva. The film is almost nearing its completion and the makers today, revealed a glimpse of the first song from the album.

Titled Laahe Laahe, this song brings back megastar in his dancing avatar after a long time. The solid tune by Mani Sharma gives Chiru enough scope to showcase his dance moves and Chiru kills it with his grace.

The complete song will be out tomorrow and fans will surely love this dance number. Ram Charan also plays a key role in this film which also has Pooja Hegde and Kajal Aggarwal as the heroines.

For now, Laahe Laahe glimpse has brought vintage Chiru back.