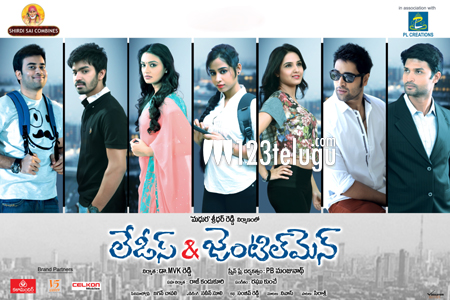 With the advent of internet and social media like Facebook and Twitter, news travels in a jiffy and anything could become viral within no time. As more and more people start embracing social media, more people are falling prey to cyber crime. One movie that targets this subject is “Ladies and Gentlemen”. Talking about the movie, director P.B.Manjunath had to say this “Cyber crimes have drastically increased over the last few years. We have attempted to educate on different kind of cyber crimes, on social media and human relations. The film will appeal to all sections of the audience” The audio of this movie will be released on November 24th.

The shooting of the film has already been wrapped up. The movie features an ensemble cast of Chaitanya Krishna, Adivi Sesh, Mahat Raghavendra, Kamal Kamaraju, Nikitha Narayan, Jasmine Bhasin and Swathi Dikshit in important roles. Music is by Raghu Kunche. Noted producer Madhura Sreedhar is producing this flick.