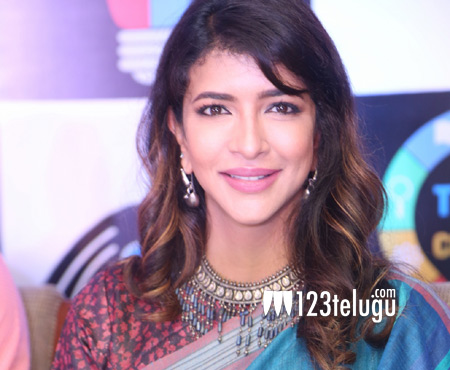 Lakshmi Manchu is one of the busiest actresses in tinsel town these days. Apart from a TV show, Memu Saitham, that she hosts, she has her hands full with web series and films to her credit. Now, she has joined the sets of her upcoming Tamil film Kaatrin Mozhi, which has Jyothika playing the lead role.

The film, directed by Radha Mohan, is a remake of a critically acclaimed Hindi film Tumhari Sulu which had Vidya Balan deliver a heartwarming performance as a housewife who becomes famous on radio because of her voice. While Jyothika will be playing Vidya Balan’s role, buzz is that Lakshmi Manchu will be seen as the head of the FM station.

Soon after she began shooting for the film, Lakshmi Manchu took to Twitter to express how much she loves working with Jyothika. “I have always been a fan and now even more. Her eyes speak volumes and the camera loves her,” Lakshmi Manchu said referring to Jyothika.

Working w #jyothika… woah!! What a talent. Always been a huge fan now even more. Her eyes speak volumes and the camera just loves her #kaatrinmozhi @Suriya_offl