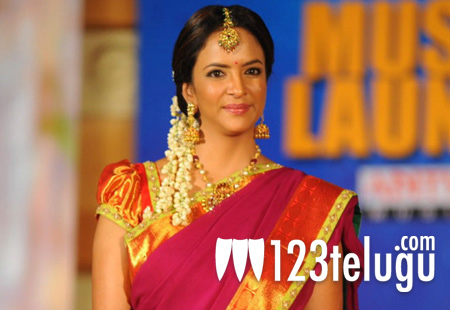 Lakshmi Manchu, who has gone on a 10 days vacation to Europe, is going to spend her New Year’s eve in Amsterdam, Netherlands. She has been accompanied by Prem Anand and Manchu Manoj. “Woke up @ 4am here n Amsterdam.Perfect day 2 b up early & meditate on all that happened in 2012, mentally, physically, professionaly, Socially and culturally.. So much achieved so much to stand up for. We the women will always thrive. We have for thousands of years! Jai ho,” Lakshmi Manchu tweeted.

She’s expected to return from Europe in the second week of January and after that, she’ll get back to finalizing the release date of her upcoming film Gundello Godari. The film was originally supposed to release in December; however, it was postponed to early 2013 since Lakshmi Manchu wanted to release both Telugu and Tamil versions simulatenously. Lakshmi Manchu, Taapsee, Aadhi and Sundeep Kishan have played the lead roles in this film. Kumar Nagendra has directed it and Lakshmi Manchu has produced it. Ilayaraja has scored the music.