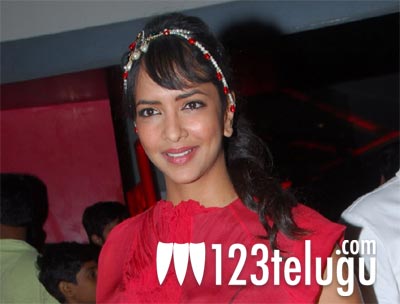 Lakshmi Manchu says she has thoroughly enjoyed Working with Sanjay Dutt and Amitabh Bachchan for Ramu’s “Department”. In this cop-centric political drama, Lakshmi plays the role of a conventional housewife. A role which is a far cry from the evil witch she essayed in ‘ Anaganaga O Dheerudu’. Incidentally Ramu was so impressed with that portrayal that he cast her in “Department”. Of her first Hindi film, Lakshmi says “I never had spoken so much Hindi in my life. Most was getting an auto while bunking college.” But that did not seem to deter her. Her inspiration she says, is Ram Gopal Verma. “Ramu is truly inspiring to work with. When Ramu asked me, I had the dates available and I jumped into it”, says Lakshmi. Of her co-stars she says, Sanju is the perfect gentleman, while Amitabh is “electrifying.” This is the second time Lakshmi is working in a RGV film. The first one was Dongala Muthta.