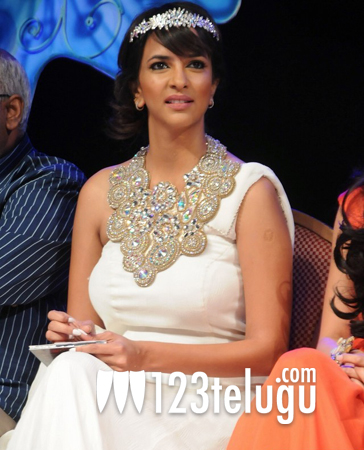 Lakshmi Manchu, the beautiful and talented daughter of Collection King Dr. Mohan Babu, has made a name for herself in the Telugu Film Industry. She owes a large part of her success to her extremely popular television shows “Lakshmi Talk Show’ and ‘Prematho Mee Lakshmi’. These shows catapulted Lakshmi into the limelight and there has been no looking back ever since. Though Lakshmi is now busy with a host of movie projects in Telugu, Hindi and Tamil, she is producing a new show for Television.

The show is titled ‘Luck Unte Lakshmi’ and Dialogue King Sai Kumar will be principal anchor of this show. Shooting of the show is currently underway and participants have a chance to win some amazing prizes by guessing the cost of items. Lakshmi might make a few special appearances during the show.