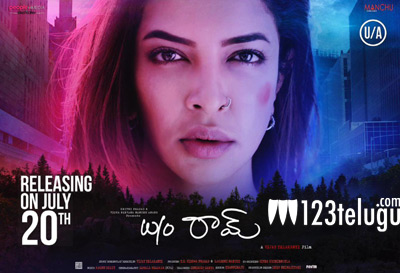 Lakshmi Manchu is returning to acting with an intense thriller, titled ‘Wife of Ram’. Lakshmi is co-producing the movie in association with Vishwa Prasad of People Media Factory. The film is directed by debutant Vijay Yelakanti. The film’s intriguing trailer was appreciated by Rajamouli.

As per the latest updates, Wife of Ram has been confirmed for a July 20th release. Popular folk fusion artist Raghu Dixit composed the music for Wife Of Ram. The film also features Adarsh Balakrishna, Srikanth Iyer and Samrat in important roles.