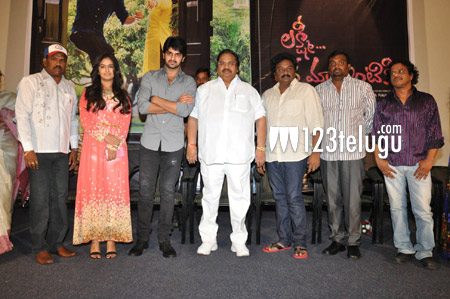 Lakshmi Raave Maa Intiki sounds like a title taken for the book of the legendary director E.V.V.Satyanarayana who was famous for his quirky titles for his films. But this title is that of the movie directed by a new comer, Nandyala Ravi.

The teaser of the movie was launched a little while ago on social media. Going by the looks of it, the story looks like a feel good love story on the lines of Uyyala Jumpala.

The movie has Naga Shaurya as the hero and Avika Gor of Uyyala Jumpala fame plays the female lead. Nandyala Ravi who worked as a dialogue writer for many films in the past is making his debut as a director with this film.