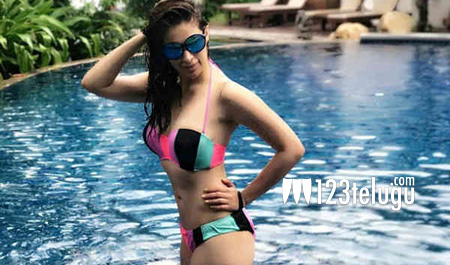 The hot and happening Lakshmi Rai took the social media by storm when she posted her bikini look from her debut Hindi film Julie 2. The movie has been wrapped up and the trailer will be released in a day or two.

Mumbai tabloids report that Lakshmi Rai will be seen in a raunchy avatar in the film and will surprise everyone with her glamor. Lakshmi, on the other hand, has worked very hard over the last one year to get a perfect figure.

She will also be seen in various bikini scenes throughout the film and is set to surprise everyone in Bollywood. Lakshmi has pinned a lot of hopes on this film as the film’s success will open new avenues for her in Hindi.

For now, she is teasing all by releasing glamorous pictures one after the other.