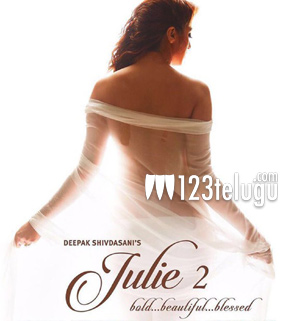 Laxmi Rai and her Bollywood debut have become the hot topic all over. The trailers and posters of Julie 2 have created a superb buzz and Laxmi Rai has raised the heat to no extent in the film.

Now, the latest news is that the film has cleared the censors with an ‘A’ certificate. Interestingly, the film has been advised no cuts at all. With this, the film is ready for a release on the 6th of October.

Lakshmi Rai has pinned a lot of hopes on the film and is eagerly awaiting to see the response from the audience. Deepak Shivdasani directs this film which is a sequel of Julie