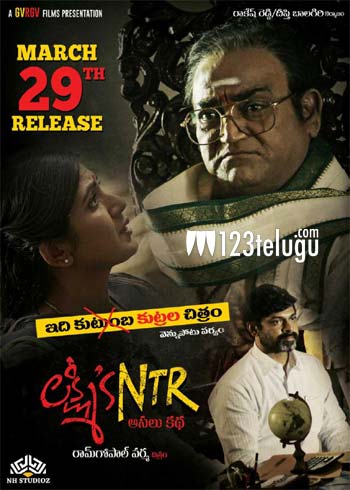 Amid a lot of high drama, Ram Gopal Varma’s much-talked-about political thriller, Lakshmi’s NTR, is all set to hit screens as scheduled in Telangana tomorrow. The film will also get a massive release in the US and other crucial markets in India.

However, Lakshmi’s NTR will not release in Andhra Pradesh tomorrow, due to a stay order issued in the last minute by the High Court of Andhra Pradesh. RGV will be addressing the media regarding the film’s release in AP at 11 am tomorrow. With the general elections due in April, the film is sure to rake up several controversies.