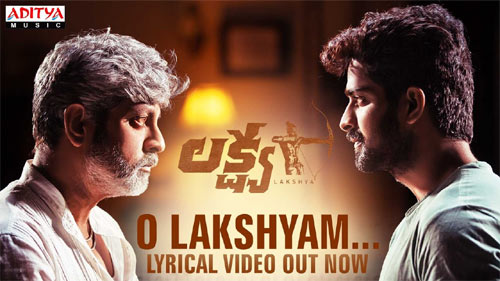 Lakshya has completed post-production works and the film is getting ready for its theatrical release. Meanwhile, promotions are in full swing for the film directed by Santhossh Jagarlapudi with Ketika Sharma playing lead actress opposite Naga Shaurya.

A heart-touching and inspiring song O Lakshyam’s lyrical video has been released. The song actually gives importance to the relationship between Naga Shaurya and Jagapathi Babu. The song is highly emotional.