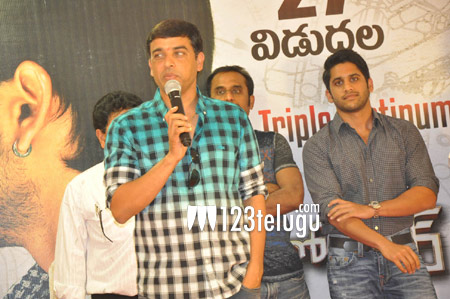 Dev Katta’s much awaited Auto Nagar Surya is up for release tomorrow. This film has been in the back burner from quite a long time with major financial problems taking a toll on the release.

Dil Raju has bought the distribution rights for one of the areas, and is quite confident about the film. Speaking at the platinum disc function he said that he had already seen the film and is mighty pleased with the team efforts.

He also added that Naga Chaitanya’s performance and last 25 minutes of the film would be the major highlights of Auto Nagar Surya. Samanta is paired opposite Naga Chaitanya and R R Movie makers is the production house.