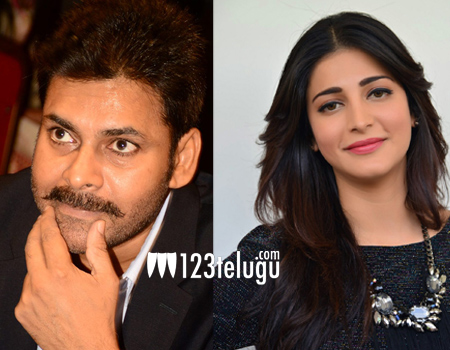 Power Star Pawan Kalyan’s much anticipated movie under Dolly’s direction went on floors a couple of days ago. The unit will first can several important scenes featuring the rest of the cast.

While Pawan is scheduled to join the shooting crew in the third week of August, the film’s leading lady Shruti Haasan will make her entry to the sets in the fourth week. Tarun Arora and Naveen Chandra will be playing important roles in this high budget entertainer.

The entire shooting of this as-yet-untitled film is expected to be wrapped up by December and the movie may hit the screens in either January or February.