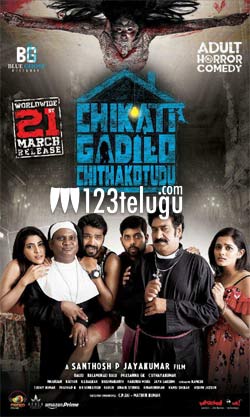 Tollywood is far away from exploring adult comedies but for the first time, a film named Chikati Gadilo Chilakottudu has become a talking point.

The film’s trailer was unveiled some time back and created a superb buzz all over. As the film faced severe problems from the censors, the release was doubtful.

Now, the latest we hear is that the film will be out on the 21st of March. RJ Hemanth and Adith Arun play lead roles in this film.