Latest buzz on Allu Arjun’s next with sensational director
Published on Apr 25, 2021 3:00 am IST 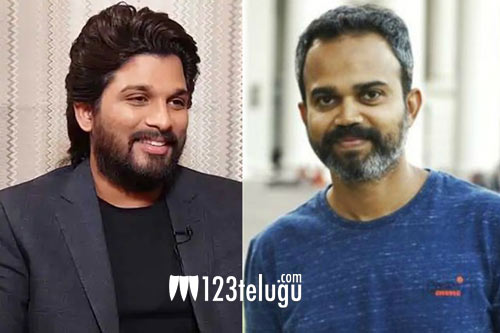 Allu Arjun’s pan-India action drama, Pushpa, will be hitting screens on August 13. The star hero has not officially announced his next project, although he will be teaming up with Koratala Siva in summer next year. Even though there is a talk on reviving Bunny’s long-delayed film, Icon, there is no clarity on the film yet.

Around a month ago, Allu Arjun’s meeting with sensational Sandalwood director Prasanth Neel of KGF fame became a talking point. Reports of Bunny and Prasanth Neel joining hands with each other spread like wildfire.

Now, the latest buzz is that Prasanth Neel will wrap up the shoot and a major part of Prabhas’ Salaar’s post-production by this year end. Furthermore, the Allu Arjun-Prasanth Neel film may go on floors from January next year. Bunny’s home banner Geetha Arts will bankroll this exciting film. Stay tuned for an official announcement regarding this hot topic.