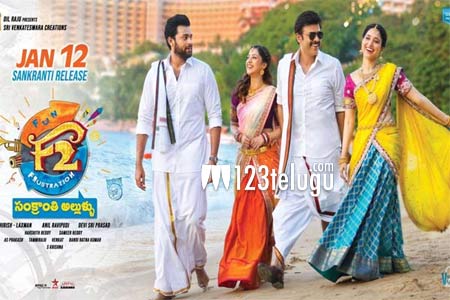 From the past few months, news has been coming in that young and successful filmmaker, Anil Ravipudi is going to make a sequel to 2019 released, F2 named F3.

Now, the latest news circulating among film circles is that heroines Tamannaah and Mehreen who were seen in the female lead roles in F2 are not going to be seen in the sequel.

Reportedly, Anil is planning a new treatment that will not have any relation to F2. He is only going to take the characters of Venky and Varun Tej forward.