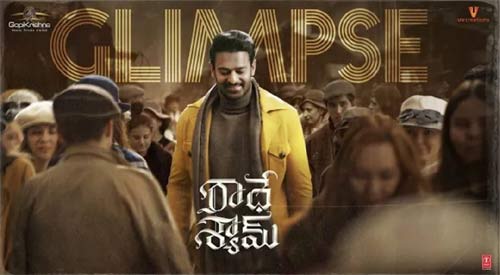 It is a known fact that Prabhas is doing a film called Radhe Shyam in the direction of Radha Krishna. The film is nearing its completion soon and the teaser that came out has won a lot of appreciation from the media and fans.

Long back, we had reported that Prabhas’ style in this film is going to be super special especially since his vintage and trendy costumes are going to impress many.

The news now coming in reveals that the makers spent close to 6 crores on the costumes of the film. As the film is a period drama special costumes were made for the lead pair and other artists in the film which costed a bomb.

UV Creations bankroll this film that has Pooja Hegde as the female lead. Jakes Bejoy scores the music and the film will be out on July 30th.