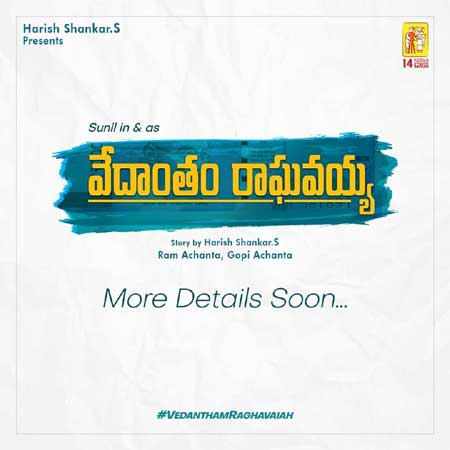 Sunil is not doing big films as a hero and is back to doing comic roles. Once again, after a gap, he is doing a hero role now. Producers Ram Achanta and Gopi Achanta of 14 Reels Plus will be making a film with him.

Star director, Harish Shankar who made blockbuster Gaddalakonda Ganesh for the production house, this time not only presents the film but also has penned the story for Sunil.

The film has been titled Vedantham Raghavaiah. The title sounds very pleasant and generates a good impression as well. The name of the director will be announced soon.