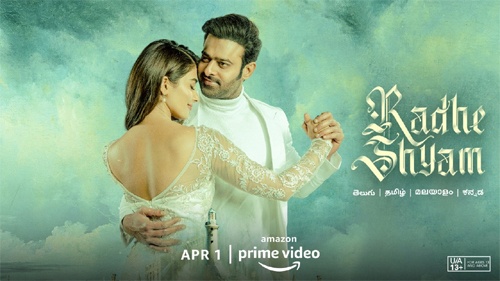 Prabhas-starrer Radhe Shyam, which was released in theaters on March 11, 2022, is finally confirmed to make its digital debut on Amazon Prime Video. Directed by Radha Krishna Kumar, the movie has Pooja Hegde as the leading lady.

Amazon Prime Video took to social media and announced that the Tollywood biggie will be released on its platform on April 1, 2022, in Telugu, Tamil, Malayalam, and Kannada. The movie failed to impress a section of the audience and received a poor response in theaters.

Those who wanted to watch the film can stream it on the OTT platform from this Friday onwards. Keep watching this space for more OTT updates.

Hop on this magical journey of love with #RadheShyamOnPrime, April 1