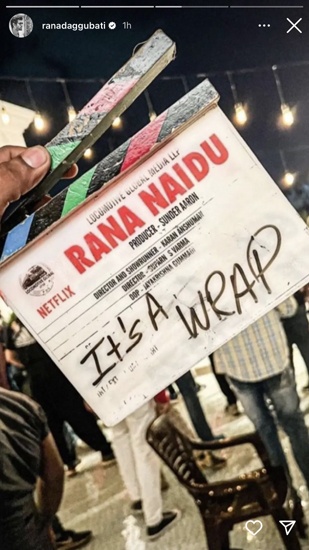 Star actor Victory Venkatesh has joined hands with the Tollywood Hulk Rana Daggubati for his first web series, Rana Naidu. Directed by Karan Anshuman and Suparn Verma, the Netflix series has made the headlines again.

The Baahubali actor took to his Instagram handle and posted a story to announce that Rana Naidu’s shoot has wrapped up today. The release date of the series will be announced soon.

Produced by Sunder Aaron of Locomotive Global Media LLP, the crime drama is an adaptation of popular American TV series ‘Ray Donovan.’ More details about Rana Naidu will be out in the coming days.