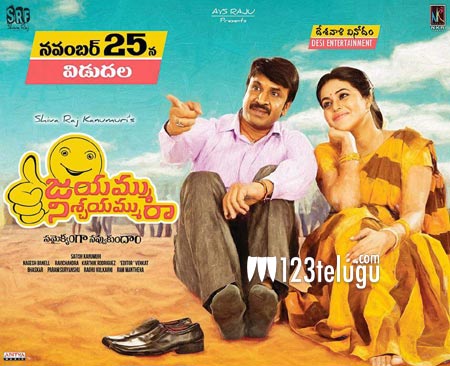 Srinivasa Reddy’s Jayammu Nischayammu Raa has been doing fairly well at the box office. Everyone had some very good things to say about the film but also complained about the length.

Taking the feedback from the audience, the makers right away have edited fifteen minutes of the film. Srinivasa Reddy is promoting the film all over and his performance, in particular, has been lapped up by the audience.

Poorna plays the female lead in this film which has been directed by Shivaraaj.