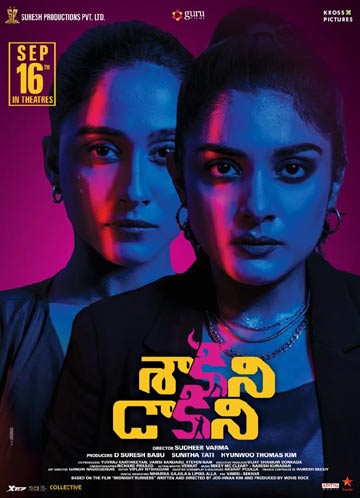 Noted actresses Nivetha Thomas and Regina Cassandra have teamed up for Saakini Daakini, an official remake of the Korean hit film Midnight Runners. Directed by Sudheer Varma, the movie is in news again.

Initially, the makers of the movie thought of releasing the film on OTT directly but today it is officially announced that the flick will be released on September 16, 2022, in theaters only. An official announcement regarding the same has been announced by the team Saakini Daakini.