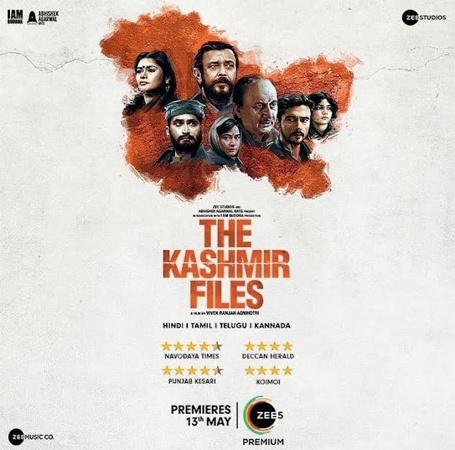 Recently released Bollywood film, The Kashmir Files, which created a huge buzz is finally making its digital debut on ZEE5. Directed by Vivek Agnihotri, the sensational movie has Mithun Chakraborthy, Anupam Kher, Pallavi Joshi and others in lead roles.

Today, ZEE5 took to its social profiles and announced that The Kashmir Files will be available to stream on its platform from May 13, 2022. Besides Hindi, the movie will also be available in Telugu, Kannada and Tamil.

Produced by Abhishek Agarwal in association with ZEE Studios, the movie has collected more than Rs. 250 crores at the box-office. The Kashmir Files is based on the exodus of Kashmiri Pandits during the Kashmir Insurgency.