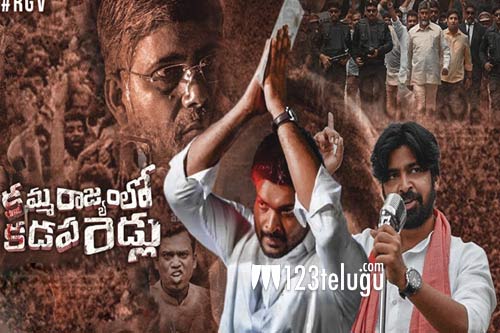 A few days back, the hight of Telanagana has stalled the release of RGV’s Kamma Rajyamlo Kadapa Redlu asking the censor board to issue a certificate first.

Today, RGV revealed that The censor committee has seen Kamma Rajyamlo Kadapa Redlu today and informed us that they would like the revising committee to see it for the appropriate changes if any.

The film is a satirical take on the current state of politics in AP. RGV has been getting all sorts of warnings to stop such films but he does not fear anyone and is fighting it out.