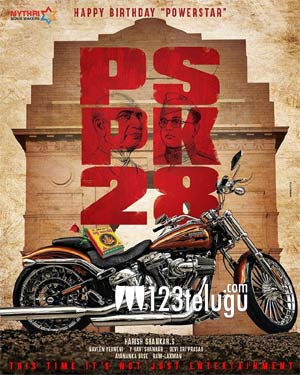 It’s well known that, after wrapping up Hari Hara Veera Mallu and Ayyappanum Koshiyum remake, hero Pawan Kalyan will be teaming up with his Gabbar Singh director Harish Shankar for yet another entertainer. The film had its official announcement last year and the regular shoot will kick-start in the second half of this year.

Meanwhile, the latest updates reveal that Pawan Kalyan recently took part in a special photoshoot for the Harish Shankar directorial. Apparently, the star hero did the shoot to test his look for the movie. More details about the film will be out soon. Mythri Movie Makers banner is bankrolling this crazy project that is tentatively titled Sanchari.